Learn when to say yes and no 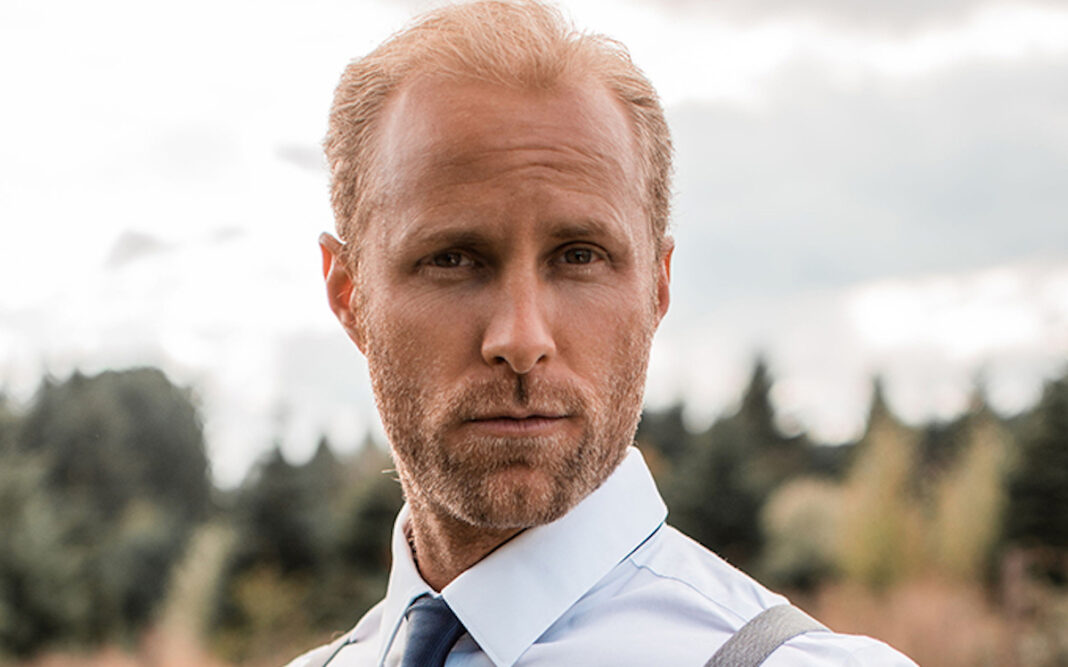 How did you get the idea of Vurtego?

My friend Josh Spencer first came up with the idea.

A little background on us first:

Josh was my best friend growing up. I was a traditional sports athlete by nature, but Josh was into extreme sports. He’s the reason I got into BMX, skateboarding, snowboarding, surfing, etc. We did everything together, and both our parents owned their own businesses. Naturally, we wanted to do the same. We always tried coming up with new ideas for our own business. I’d say we had one a week between us, some of which I remember to this day that were actually pretty good.

Now for the actual story:

We were in high school and hanging out at a friend’s house one night, and he was bouncing around on a little kids’ pogo stick. All of us were sitting around and talking, and here’s our friend doing little tricks on the pogo stick – jumping up onto a short ledge, stalling on the pegs, no handers, no footers, etc. Finally, he jumps up, does a trick, lands, and the pogo stick explodes into 20 pieces. Everything just shattered. The spring shot off in one direction, the pegs flew off in another, and bolts went sprawling across the floor.

He looked at Josh and said, “Josh, your dad owns a machine shop. Why don’t you make me one of these things that doesn’t break?” Josh looked over with a huge grin on his face and said, “What do you think about extreme pogo sticks?”

Why did you decide to start with Vurtego?

The idea of an extreme pogo stick was a perfect fit for us. We wanted to own our own business, and we had an innate love for doing things that scared us. Starting up a business creating a new extreme sport was the perfect goal to shoot for. We went for it immediately. Within a few weeks we were in a metal shop measuring, cutting, and welding parts together.

We spent a couple months building a 50 pound spring monstrosity that could jump high. It took us two tries, and we proved a pogo stick capable of jumping several feet high could be done – but it couldn’t weight 50 pounds. We needed to remove the spring and replace it with something lighter. Rubber bands would work but they wouldn’t hold up well over time. Luckily enough, my friend’s uncle, Bruce Spencer, was a former aerospace engineer and knew exactly the type of technology we needed. He told us air would work. We had no clue how pneumatics worked at that point in time, so he took our design and reconfigured it.

He pretty much went to Home Depot one weekend and bought a bunch of PVC and glue. Next thing you know, we had an air-powered pogo stick that weighed a little over 10 pounds and could jump 6′ high. How could we not pursue that?

What is the vision behind Vurtego?

Our main goal is pretty simple. We want to bring back a little bit of that childhood joy that seems to be missing from today’s world. We make the best quality pogo stick that we possibly can with the hopes of putting a smile on our customers’ faces as they achieve personal flight – if only for a heartbeat. Beyond that, we pay very close attention to detail in our manufacturing process, and we strive to provide amazing customer service.

How difficult was the start and which challenges did you have to overcome?

Starting up a business is always a challenge. I have a lot of friends who’ve created their own businesses, and I don’t know anyone who found it easy. In our case, the startup costs were pretty high for a couple kids straight out of high school. The cost of testing our design, creating the tooling for manufacturing, and then first production run was hundreds of thousands of dollars. It might as well have been a billion as far as we were concerned. It was way outside of our grasp, and we needed help from outside.

We spent a long time looking for investors, and we were very close to making things happen in 2001. The popping of the financial bubble killed our dreams. The investor we’d been talking to pulled out, and that took us back to square one. We continued looking for investors for a bit after that, but nobody was interested in something so risky with a high liability for potential lawsuits. Our dreams slowly faded away.

It wasn’t until 2004 that things picked back up again. The original pogo stick company, Flybar, released an extreme pogo stick that was a direct competitor to ours. They had one of our heroes, Andy Macdonald, as a spokesperson for it, and they made a big splash on some internet forums we followed. We bought one of the first ones made. When it arrived we opened it up and jumped on it. It was heavy. And it was clunky. It was insanely loud. We had it beat hands down. That pogo stick reignited our passion and got us back into the hunt for investors. This time around we found one that was ready to pull the trigger, and we got to work.

That was only the start of it, and I can promise things did not get easier for for a long time afterward.

The challenges when owning a business are never ending. New things will come up and create problems that need solving on a constant basis. You have to be a jack of all trades, or you need to have the money to pay for other people to help solve those problems. We didn’t have enough money to hire much outside help, so we took on the problems ourselves. These days we can probably apply for a position in any type of field, whether it’s web design, accounting, or engineering.

Who is your target group?

We traditionally go after boys ages 10-15, which means we’re actually convincing mom and dad to make the purchase. It’s a bit of a challenge not being able to market directly to your target group, so we need to get a little creative with it. One thing that we found insanely surprising was that people in their 50s and 60s ended up wanting our pogo sticks for exercise. We initially created them specifically to create a new extreme sport, but we found out almost by accident that we were missing a huge market all along.

A writer for the Wall Street Journal contacted us about writing a story for exercise and pogo sticks. We connected her with one of our customers and didn’t think much about it until we woke up to hundreds of orders one morning. Those orders were coming in from people who had joint issues from running all of their lives. They were looking for a new and fun way to exercise without joint pains, which was exactly what our pogo sticks offered.

It’s pretty simple and completely evident the first time you see our products. We make a temporary personal flight device.  You were in the show Shark Tank. Can you tell us something about it.

The sharks had a different idea of our pogo sticks than we did. Our goal was to create a smaller, cheaper version of our pogo sticks and create a new category in the extreme sport world. They believed we should not reduce the price and thus the value of our brand. Instead, they felt we should double the price. It was an interesting difference in opinion. We didn’t take the advice because we felt that we would be limiting the potential market by pricing our customers out.

Who was your favorite investor in the show Shark Tank?

Mark Cuban told us that if we ever wanted to perform halftime shows for the Mavericks he’d be all for it. We ended up doing just that.

What happened after Shark Tank?

We went back to work again. Obviously we got all kinds of calls and emails from both prospective partners and customers. A lot of doors opened up for us because we were on the show.

Can you describe your typical workday ?

6:45 – Jump on the computer straight away and start tackling problems or get emails out. I usually put in about 3-4 hours,

12:00 – Breakfast/lunch back in front of the computer

2:00 – Try to get out from behind the computer and go for a 15 minute walk to just clear my head. No phone, no nothing. Just walk around. Sometimes my brain figures out the answers to nagging problems when there are no other distractions.

5:30 – Workout number 2, which is generally going to be some kind of sport. I love soccer, tennis, and golf and usually play one of them daily if I can.

8:30 – Write down the checklist of tasks I’ve got coming up tomorrow

Where do you see yourself and your startup Vurtego in five years?

For myself, who knows? I don’t even plan things out more than a month at a time since those plans never seem to come to fruition anyways. I know I’ll be working hard and having a lot of fun along the way, though.

What 3 tips would you give other founders?

Keep pushing forward. The problems are never ending. Learn how to confront them head on and constantly make progress. There will be times when you need to put in an unending amount of hours. Those hours add up. Even if you only make a little bit of progress, it’s still progress you wouldn’t have made if you weren’t working.

Learn when to say yes and no. This is an important one. There will be lots of opportunities and doors that open up as you begin to create some successes. Many are just distractions. Some are great opportunities. Don’t waste too much time on the pointless endeavors. They’ll just distract from your main goal.

Take some time off. Many entrepreneurs are self starters and driven. I’m the same way. I’ll work myself into the ground. When I take some time off I feel like a loser. But life is about having fun. If you spend all your time working what’s the point?

Thank you Ian Britt for the Interview