If there are any ideas, do not wait for someone to implement them 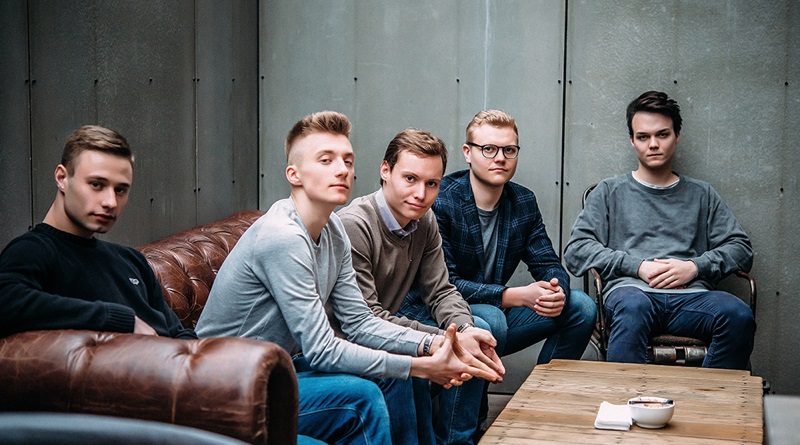 The project was selected by the California Department of Google in the Early Access category, where in January 2017 the app got in TOP 3 in such countries as US, India, South Korea, Russia, Egypt and others.
Wandle is a prize-winner of many contests, including the Startup of the Year of Belarus 2016 and Best Startup in the High Technologies Park of Belarus.

Wandle – smart service for management of your calls and notification messages

Please introduce yourself and your startup Wandle to our readers!
We are the team from Belarus. The main task of Wandle is to develop a service based on machine learning that will help smartphone to automatically adapt individually for the user, analysing previous actions and correlation with other factors.
Wandle – is a mobile app that automatically selects the desired sound mode depending on the time and location of the person. The application has a built-in map, and user marks the zones where his phone should go into silent mode. It can be offices, cinemas, educational institutions, hospitals, etc.
Wandle is not just about turning off or turning on the sound, it places the priorities of notifications depending on the person’s life. We believe that in the future all smartphones will be automated in this way, without requiring user participation.

A year and a half ago, the original idea about the creation of Wandle came to Alexei Zakharevich (development), he is also the CEO of the company. Later, other participants joined: Mikhail Karkanitsa (development), Alexander Horlach (business part), Nikita Kusonski (finances) and Pavel Avdevich (marketing). Today there are 10 people working on the project.

How did you get the idea to Wandle?
As practice shows, it is important to develop a product that not only solves a certain problem, but is also based on trend technology. Venture capital and the media are focused based on such trends. Our team conducted a market research before the kick off of the project. Enormous potential of automation and machine learning for many years to come was evident.

We noticed that a lot of notifications such as (calls, pushes, messengers, email clients) (corporate/business emails) come to mobile phone of a modern user, that this is already difficult to manage. For such an information flow, a filtering algorithm is necessary.

We found that applications that manage notifications are quite popular in countries such as the US, Germany or France. Services that include the Do Not Disturb mode have tens of millions of downloads, services blocking spam calls – over a hundred million downloads.

Development took a year, and then we launched the beta version of the Wandle, which was selected by the California Department of Google in a special collection of Early Access (Global) in October 2016. There were only 12 applications from around the world. After the first hundred reviews, we realized that we are moving in the right direction, because people really enjoyed using Wandle in everyday life.

How difficult was the start and what challenges you had to overcome?
Initially, Wandle did not have an office, everyone worked for an idea without wages. Partially we worked remotely, using the Discord for communication, we also had meetings three to four times a week roughly. The code was controlled in BitBucket. Our vacancy on various sites was not very attractive for potential applicants. But the chain of two or three handshakes helped to assemble the team. At that time, many Belarusians were already discussing IT start-ups and began to understand the prospect of working in a growing market.

When we first started to work, it was difficult to distribute responsibilities, create an effective system of work. The main difficulty, as in any company, was a strict delegation of tasks and their fulfilment in time. It was necessary to learn how to divide big tasks into smaller ones and at the same time, make sure that they do not detain each other. Gradually we structured everything in Trello and were able to work hard on Wandle.

Who is your target audience?
In our marketing plan, we divided the target audience into 9 main groups. But we would like to show on real examples who our users are, and how Wandle works for them.

For instance, among our users there are a lot of office workers who want to separate professional life from private. When a person comes to the office, he / she is available for business contacts and family, while not being distracted by unnecessary calls and apps. If someone from family members calls during the business meeting, then Wandle will send them an automatic SMS message.

Medical workers have a silent mode on the smartphone while they are in the hospital and at the same time colleagues can call them because of an urgent matter. When the doctor is in the open territory of the institution, the sound on the smartphone automatically turns on.

Students synchronize the schedule of classes with Wandle. If the student is not in the university, the regime will not work.

Of course, there is a white list for the most important people and apps. We know a lot of examples when people do not turn off the sound for the night, because they are afraid to miss an important call from loved ones in case if something happened. But in the morning, they can be awakened by a spam-call or notification from some application.

What is the USP of your startup?
Wandle automates actions for you at the right time and place.

Can you describe a typical workday of you?
Nowadays we work on the following schedule:
• Delegation of tasks, setting deadlines and appointment to responsible persons usually occurs at the beginning of the week
• Then we work on the tasks, and if we still need to work in the evening, then we call up for discussion
• At the end of the week – summing up
• Once a month, we study in detail the overall strategy, analyzing the changes. For example, we check how users responded to an update. To do this, we divide user’s reviews into categories. We use Google Analytics to understand how users work with the new functionality, whether it affects somehow other screens (functions). Compare with the results of previous months.

We have a small team, so most decisions are taken together. Everything happens within the framework of the discussion. It rarely commonly that in the end we cannot come to a consensus. We never had a quarrel yet, although absolutely any team is not immune to this. Therefore, of course, Wandle has rules for decision-making in its statute but we have never addressed to them yet.

The startup should move quickly and grow, this is one of the determining factors of success. Therefore, deadlines have a very sensitive attitude. We were inspired by the history of projects that were accelerated in 500Startups, Y Combinator. Participants in startups are given very little time for the implementation of major tasks. What they expect to do in a week, the mentor says to do in a few days. Of course, Wandle does not work constantly in very tough conditions, but we try to be on track.

When we see that we need to hurry up with the development, we can arrange ourselves a hackathon for several days until the task is solved.

Where do you see yourself and Wandle in five years?
We plan to provide services in machine learning and automation to the largest players in the IT market. We want to cooperate with mobile developers and creators of software for smart watches.
Perhaps, to become part of a large company to be able to concentrate only on several products.

What 3 tips would you give other Start-up founders on the way?
The first advice is to “storm” sites, blogs and communities, so as not to spend money on what you can get for free.
The second advice is to listen selectively to the recommendations of others. If we would have listened to everyone, then the ideas would not advance further.
The third – if there are any ideas, do not wait for someone to implement them. We often notice that as soon as something is thought out, in a month it is already somewhere.
The fourth goal is to get to the Google Play Early Access category. There you will receive a feedback from users and the employees of the corporation.
Fifth – surround yourself with people who believe in you. This is very important for beginnings in any business.

Thank you Edoardo Moreni for the Interview