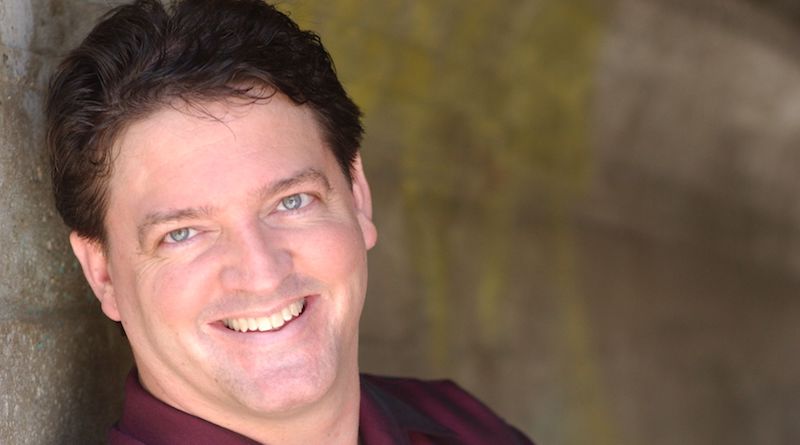 My name is Matthew Thomas, CEO of TotalSynch. I’ve been a technology entrepreneur for 20 years along with being a software development and deployment engineer.

Introduce yourself and the start-up TotalSynch to our readers.
TotalSynch is an emerging lip-synching technology that aims to humanize the relationship between artificial computerized avatars and their users, on the one side, and to reshape the landscape of all animated media, on the other. TotalSynch seeks to achieve this by solving the critical issue of animated lip-synching, automatically.

The ultra-complex task of animating the lips of 3D characters can cost as much as $9000 per minute. TotalSynch dramatically reduces that cost by 90% to as little as $900 per minute by Artificial Intelligence Automation. Utilizing our unique and twin-patented Syllabic Module Programmed Language Engine (SyMPLE), a natural language interpreter, TotalSynch breaks down simple text into natural-speech syllables, and converts them to the motions and sound of an actor’s voice.

But beyond cost savings and accuracy, TotalSynch does more for Artificial Intelligence and Virtual Reality than any other product. Virtual Reality AI avatars, robots and 3D animated simulations all suffer from a persistent problem called “The Uncanny Valley” where the lack of perfect realism creates revulsion in the viewer. Now that physical graphics realism has achieved the high levels of accuracy now prevalent in the 3D animated market, lip-synching remains the last major barrier to full realism … to finally crossing The Uncanny Valley and making simulated humans actually seem real.

Why did you decide to found the company? What were the reasons behind it?
The entire entertainment space is both fun and massive. There’s so much value there to deliver global impact in revenue, in activities and in future technologies like Virtual Reality. And inside that space, there’s always been this problem with a lack of realism in any kind of animation, going back to the very first cell animations in the 1930’s … characters who speak have to move their lips. And there never has been a good way to make them do that. Modern techniques, which are only available at high-end studios, rely on multi-camera performance capture, but even that only goes so far. Actor’s real faces often don’t resemble that of their characters.

So TotalSynch uses advanced multi-modal AI and Deep Learning to solve this problem once and for all by creating seamless, automated perfect lip-synch and natural syllabic human language synthetic speech.

What’s the vision behind TotalSynch?
To change the world of entertainment through perfection in realism. It can be done, and TotalSynch can do it. Modern CGI platforms can already deliver such a high degree of physical and algorithmic accuracy in terms of portraying virtual “living beings”, but they still can’t speak yet without breaking the viewer out of their suspension of disbelief. TotalSynch can break the final barrier of the Uncanny Valley down, and deliver disbelief-free realism. And more than that, it can do it in any language.

TotalSynch is the first technology that can wholly re-render an entire movie into the native language of the viewer, finally making dubbing and subtitles obsolete for any animated movie.

From the initial concept to today: what have been the biggest challenges, and how did you finance the start-up?
The biggest challenge is the best one; facing down all the people who said “it can’t be done”. People in the industry are used to 80+ years of doing lip-synching the same way it always has been done, which is largely manually, cell-by-cell, frame-by-frame, just like it was in the 1930’s. And everyone is resistant to change. But I say it’s the best challenge, because when you are on the track of that kind of resistance, it means you are truly onto a seismic paradigm-shift, a true game-changer.
As for financing the start-up, it’s been done with my own and friends-and-family money, with our first Venture Capital infusion last year in 2017. We’re looking now for significant follow-on investment.

Who are TotalSynch’s target audience?
Every single company or person that currently produces or wants to produce any form of animation. That’s everyone from the largest film and game studios, to the largest tech companies who need fully-3D-modeled Personal Digital Assistants for their next generation of Alexas and Siris.

It’s also every one of the YouTube generation of content-creators who ever wanted to make their own 3D animated material but have no access. TotalSynch gives them the ability to do that.

How does TotalSynch work? What are the advantages of TotalSynch?
TotalSynch takes simple text and translates it to perfect natural syllabic synthetic speech and lip-synching. With these two separate datasets “married” to each other, anything you do to one acts precisely on the other. TotalSynch uses a simple slider User Interface to create dramatic effect on speech, changing volume, pace and pitch, and whatever change is made is reflected in both the synthetic voice and the movement of the lips.

TotalSynch, what direction are you planning on going in? Where do you see the company in 5 years’ time?
What’s great about the TotalSynch technology is that it’s truly global. It is valuable in every language, in every country, and we plan to be there, which is to say, everywhere. In 5 years we’d hope to see basically every animation in the world using our technology. Digital film and game animation is the most visible market, but casual user (YouTube) content generation and visual talking personal device assistants (such as Alexa and Siri) are actually the largest markets that TotalSynch will serve. In the end, all animation of any kind will license the TotalSynch API to deliver perfect synthetic speech and animation.

TotalSynch has many other applications, including speech training, language education, speech therapy and many others.

Finally, name 3 helpful hints/tips you have for emerging start-up founders?
My first tip would be, “Hone Your Pitch”. There are tons of resources out there to help train you. A lot is free, but there’s also quite a lot of value in quality paid-for consultants who are experts in making pitches, pitch-decks and business plans.  Just don’t take anyone in general, do your research and get samples and references, and keep your budget in mind.

My second tip would be, “Use the First Tip for Networking”. So once you’ve honed your elevator-pitch and have some presentation materials, now you have to get out and talk to people. My experience is that most of the conversations won’t go anywhere, but you can’t meet the right people without meeting all the people you can. And also, each and every encounter gives you a chance to hone your pitch even more.

My third tip would be, “Keep Up on Modern Funding Platforms and Methods, and Use Them”. Over the last few years, different methods of getting funding have both emerged and improved, including numerous incubators, university and college startup groups and crowdfunding. Again, some of these may not work for you and your pitch, but getting involved gets you networking, and one thing I have experienced in the world of entrepreneurs and startups is that people genuinely want to help if they can, and often, without compensation. I think that comes from the fact that these people are either entrepreneurs themselves or are in that space and so everyone knows how hard it is to get off the ground.

So people tend to be willing to help when they can.

Thank you Matthew Thomas for the Interview

Do something you are passionate about and you are good at

Don’t be afraid to take risks!

Put your heart enthusiastically, really believe in what you do

Learn from everyone around you

If you want to become an entrepreneur, make sure you hire the right people

Work on something that is close to your heart

Know your goal, and work towards it