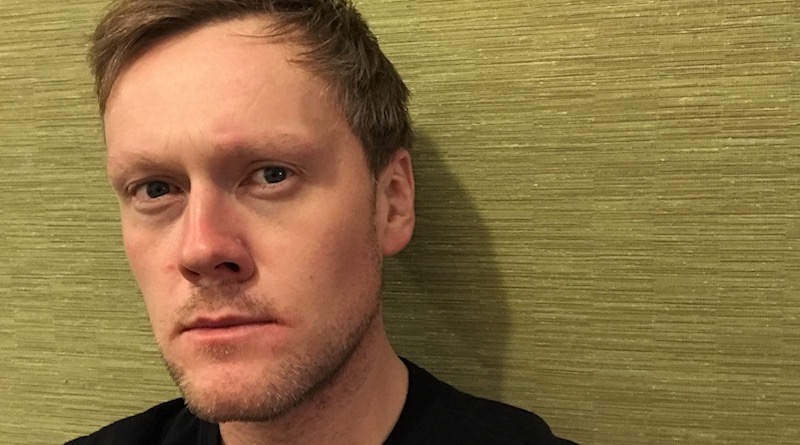 Please introduce yourself and your startup Timeqube to our readers!
My name is Andrzej Dobrucki and I’m the inventor and founder at Timeqube. I’ve been wearing many hats working as a Project Manager, Scrum Master, Agile Coach and IT consultant.
Timeqube is a team of 2 co-founders based in Warsaw, Poland with extended hardware team in Zielona Góra (Southern Poland). We’re about 8 months old, working on the startup most of our time. We just reached our 1.0 product milestone and are ready to scale.

How did you get the idea to Timeqube?
Before Timeqube I worked for big Enterprise. For years I had an impression, majority of meetings were not as productive as they could be causing a lot of money to be wasted in salaries without providing valuable outcomes. Being a fervent practicioner of Agile I always liked the concept of time-boxing but the teams I worked on never liked the idea of noisy, intrusive timers and alarms.

We needed a stress-free timer that would remind people of passing time without added stress.

How difficult was the start and what challenges you had to overcome?
Hardware startups are in general challenging as it’s much easier to find good software developers than hardware developers. We were fairly successful in validating the idea, getting overwhelmingly positive feedback from businesses worldwide. The biggest challenge by far was to outsource prototyping (No one in Timeqube is a hardware geek) while bootstrapping the whole startup. Finding the right people for the job was not easy but we were lucky and this extended team is now like a family to us. As it’s still early on (we’re delivering first 200 devices to Early Adopter Customers), the struggle is to end up cashflow positive. A successful entrepreneur once said to me, that with a validated idea, startups should be spending 80% time on selling. That’s what we’re doing at the moment. It’s hard, but it’s possible.

Who is your target audience?
Businesses who spend a lot of time in meetings looking to cut costs by improve their meeting culture. We’re talking about Enterprises owning multiple meeting rooms, where a Timeqube can be a great replacement for a wall clock or more stressful solutions like Google Time Timer for example.

Our customers are team managers but also SME CEOs who seek innovative ways to increase team performance in new ways.

What is the USP of your startup?
Timeqube is a scientific device in a way that it uses human brain’s tendency to recognise colours before shapes and images. As a glowing object it also uses peripheral vision to serve as a reminder of passing time. In effect meetings are more effective, structured and dynamic.

No one gets stressed by distractive countdowns and noises usually associated with time boxing devices and applications.

Can you describe a typical workday of you?
On a scale between chaos and order I’m leaning towards order, but for an Early stage startup a lot is happening on the chaos side of the scale. Many developments are emergent and difficult to predict, so having a simple todo list is what drives our actions before we go into some more structured and planned methods e.g. OKRs. Our day is therefore todo-list driven. A quick standup at 10:00 in the morning to track progress, with bigger topics moving from left to right on a physical kanban board.

At this point we’re organising delivery of first devices, so there’s a lot of logistics and moving around involved. So on one hand we’re completing and sending orders (in Warsaw, we deliver ourselves to meet customers in person), while reaching out en-masse to various media outlets. I’d say no week is the same in an early stage startup, before more structured rules emerge together with maturing business model. Maybe then we can think of processes. For now it’s all about keeping the morale high and not making the same mistakes more than once.

Where do you see yourself and your startup Timeqube in five years?
We’d love to put Timeqube in every meeting room on the planet as the concept is very simple yet powerful and effective. And that will probably take some time. Meanwhile we’re thinking to evolve Timeqube into a connected device that integrates with enterprise services including calendars and meeting room management tools.

In the long run we’re seeing Timeqube as a business meeting assistant providing insights into company meeting culture and habits.

What 3 tips would you give other Start-up founders on the way?
1. Be persistent – don’t say something doesn’t work until you have a big enough sample (e.g. sending cold emails to 20 tech-blogs and getting no response is not enough to call failure. 200 is)

2. Embrace mindfulness – we’re slowly changing the way we think startups should be done. Instead of working 80 hours a week doing ANYTHING that could (but doesn’t need to) work, do a mindful step-back, reflect and take a learned decision. I wrote an article on this once : https://medium.com/the-mindful-workspace/a-mindful-startup-what-is-it-and-how-to-have-one-6cd17b3f8e25

3. Get advisors early and contact them regularly. There’s only that much a startup founder can accomplish alone. People not directly working on the project are usually the ones who come up with ideas you’d not think of (because of bias, emotional connection etc). At Timeqube we have 2 advisors and we have weekly progress calls without fail.

Thank you Andrzej Dobrucki for the Interview

Be optimistic with your vision, but pessimistic in your planning

Don’t worry about being perfec

How to Survive the Death of Cookies with Chat Marketing?