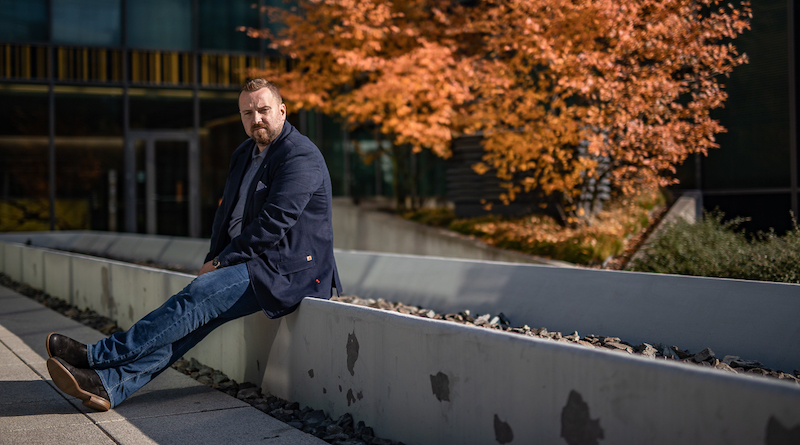 Please introduce yourself and your startup Survio to our readers!

I am Ondrej Coufalik, co-founder and CEO. Survio, the worldwide platform for building online surveys, was launched in 2012. Within 5 years, this start-up, based in Brno, the Czech Republic’s second largest city, has managed to reach and exceed the magical line of 2 million users in 190 countries around the globe. On every continent, weirdly enough even including Antarctica, Survio has already collected over half a billion answers in more than 5 million surveys. The biggest survey ever made with us has collected over 1.8 million answers which testifies to the robustness of the software as well as the competency of our teams. It’s translated into 16 languages and more than 40 % of Survio’s users are from the B2B sector, to name some – TESCO, SKODA, Ford, Bosch, IBM, FedEx, Cisco, ING and Continental.

How did you get the idea of Survio?

In the beginning, we weren’t at all focusing on online surveys. We were just a bunch of students developing various custom e-shops and websites. The idea to build a survey platform was however already there and eventually ended up being our side-project. It has, actually, an interesting background story. My friend Martin, former Survio co-founder, had to fill in a lot of paper forms during a hospitalization. It inspired him to create an online tool for such forms and we took the first steps in 2008.

How difficult was the start and what challenges did you have to overcome?

We know what starting from scratch feels like. We’ve done it twice. Together with Martin Pavlíček we had made two unsuccessful attempts at launching online survey applications before Survio.  The first was called Likeex and the second was ANAsurvey. Starting your own business, full of beans and determination, only to watch it sink a few weeks later due to a global economic crisis, that is certainly not a smooth beginning. When the Lehman Brothers bank crashed and caused the big economic crisis in 2008, paradoxically enough, it helped us.

One of our American friends lost his job and could thus dedicate more time to selling our product. We then started cooperating with many interesting clients which brought us a nice financial support as well as a huge respect for everyone who works with custom development as it’s really not easy at all. The whole business started going downhill after several years which, I think, we took as a main trigger to start doing what we really enjoyed. After all, during all those years, we had been developing Survio as a side product anyway. At the same time, I met Vít Vrba, founder of Webnode, who had offered to invest in us. That was the real deal-breaker and a kick-start for the survey platform.

Today, we’re aiming at a $2 million revenue and entering the US market.

Everyone who needs to make a decision, needs answers. Survio is a perfect platform for gaining data about respondents’ needs, expectations, preferences, opinions, etc. The questionnaire can be set for anyone from customers, potential customers, employees, colleagues, friends.  Anyhow, we can define four main groups: students, SME’s, government institutions and corporations.

We provide a high-standard customer service to both non-paying and premium customers. The analysis of survey results and reporting is of a very high quality and everything is very well tuned for mobile phone use. Survio’s also easily connectable with any internal CRM systems via API, which is convenient.

Survio is now localized into 16 languages and offers over 100 ready-made templates in all translated languages which is something that most of our competitors do not have.

Our main goal is to be user-friendly survey platform which can be handled by everybody. That is our main competitive advantage. Our users don’t need any special knowledge for creating their own surveys. Users can find advice on our blog with many useful tips and tricks. Survio interface helps to solve all the steps of the survey process. Every time you know where to click.

On the one hand, I see the biggest challenge as satisfying local customers that often have very high expectations. On the other hand, we are used to working hard and it is not carved in stone that the only success comes from Silicon Valley.

Can you describe a typical workday of yours?

At the beginning of every work day, I sort out emails. Afterwards, I am trying to dedicate time to the team, usually in the matter of HR, management etc. There is also time for reading tech, startups, economic news, further observing innovations, what is happening around our competitors, and of course articles and studies useful for self-development.

Lunchtime I spend with my colleagues or with interesting people outside of the company e.g. clients, fellow tech leaders, we are talking about life, technology, business, stories that inspire us. There is also the part when I am focused on the product, it is in my nature. What is more, nowadays we are finalising its new version, so, I test, give feedback, suggest improvements etc.

It is possible to say that in general, my day is divided into 25% dedicated to people in Survio, 25% reading/studying, 30% product, and 20% analytics and management of finances.

Where do you see yourself and your startup Survio in five years?

Our goal for this year is to penetrate to the US and make $100-300k and keep on growing. Hopefully, based on the current numbers, within the next three years, we should get to $5M. 40-45% of the money is then used to pay the employees and the rest goes back to the company development. Our goal is to reach 20 million users, like our biggest competitor, SurveyMonkey. That way, I believe, we can become a respected player. Even though, according to a recently released survey, we already belong to the top 6 best survey tools in the world, which is very encouraging, we want to keep on rising.

What 3 tips would you give other Start-up founders on the way?

Analyse/ test, implement changes and never give up.

Thank you Ondrej Coufalik for the Interview

Think you have what it takes to turn your own kitchen into it’s very own eatery?

Solve a problem you have to solve

7 Ways How Social Media Can Influence Your Startup Success

The market is the most important success factor

Try and achieve product market fit as soon as possible

No does not mean no, just not now