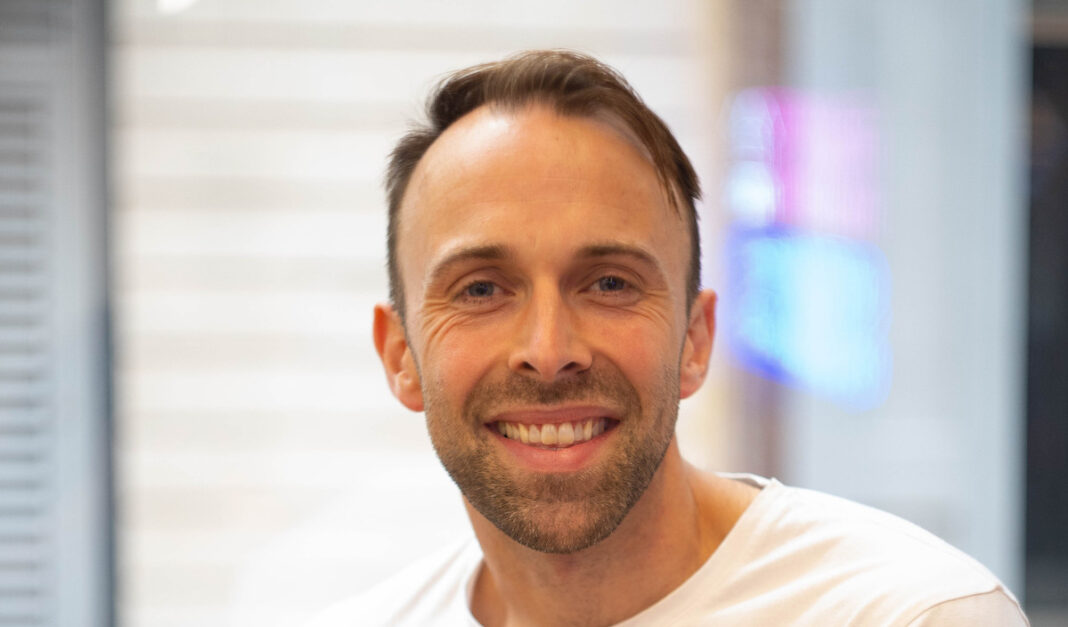 Stakester, a skill-based competition platform that allows users to play their favorite games against real people for money and prizes.

Please introduce yourself and your startup Stakester to our readers!

I’m Tom Fairey, founder and CEO of Stakester, a skill-based competition platform that allows users to play their favorite games against real people for money and prizes.

You can think of us like Tinder for gamers; if you want to play against someone on FIFA or Call of Duty for more than just in-game rewards, we’ll connect you.

The Stakester app now features console and mobile games and we’re well past 100,000 sign ups and we’re growing every week. We’ve got some really exciting partnerships lined up for the end of the summer, so things are only going to accelerate from there.

How did you get the idea for Stakester?

It came out of discussions with a few friends, two of whom became co-founders. Everyone who plays games knows that at a certain point you reach a level where you’ve outgrown the skill level of your friend group. If you play online the games always involve pay-to-win mechanics that make it too difficult to compete.

What you want is a level playing field where you can test your skills against someone else and the better player comes out on top. That’s what we wanted to provide.

Why did you decide to start with Stakester?

The mantra behind the business is “back yourself”. I always back myself 100%, no matter what I’m doing. Even if I know I’m terrible at something, I’ll back myself 100% and go for it. So when we had this idea for Stakester – and we did our research and found that nobody had made it work yet – there was no other option for me. I was all in, 100%.

What is the vision behind Stakester?

We want to provide a competition worthy of the skills and self-belief of players everywhere. Any time a competitive person needs to scratch that competitive itch we want them to do it through Stakester. We want to be the biggest, the most entertaining and the most exciting skill-based competition app in the world.

Every time you do something new there will be challenges. It was particularly hard for me as I’d never worked in gaming before – I didn’t even own a console. Yes, I wanted to build something amazing – but convincing people I was the right person to work for, invest in and believe in was hard. But, we got there!

Who is your target audience? What is the USP of your startup?

We are for competitive people. There are so many audiences within that; console players, mobile gamers, elite players and casual players. We can cater to all of them, because they’re united by that desire to compete against each other.

We have such a strong brand already and we’re known for being entertaining. If you look at our competitors, none of them have made the investment into content that we have. None of them have built an audience like we have. It takes hard work and it doesn’t happen overnight, but we have a community that follows us. They’re our USP.

It’s hard to describe because we have a totally flexible culture. I can WFH and look after the kids or I can be in our office in London. I might take an hour to work out or go for a run, or take calls on my scooter on the way to the train station. So every day really is different.

The one constant is that I’m always up early. I’ve got two young kids, so it’s kind of non-negotiable. I use that time in the morning to get my admin done, so I have breathing space to think and take calls during the day. Life at a startup is so much fun, everything is always changing and it’s never boring. I’d go mad doing the same thing every day.

Where do you see yourself and your startup Stakester in five years?

Stakester will be on top of the world in five years. And I’ll have been kicked out and replaced with someone who knows what they’re doing.

Ok number one: it’s a 24/7 job. It’s very popular for founders to talk about burnout and self care – and don’t get me wrong, that is very important – but you need to set realistic expectations for yourself. Starting a business will become your whole life and you have to commit 100% or you won’t survive.

Number two: hire young people. They’ve got tons of energy, they’re so eager to learn and if they’re capable and you can figure out how best to motivate them they’ll absolutely smash it for you. Plus, you’re starting a business – you aren’t made of money!

Which brings me to number three: the businesses that do the most and spend the least are the ones that succeed. Countless startups have got to series A and then lost their way because they forget how they got to where they are. You have to be scrappy, you have to push as hard as you can to get the most out of everything you do. You can’t just throw money around and expect things to happen for you.

Thank you Tom Fairey for the Interview