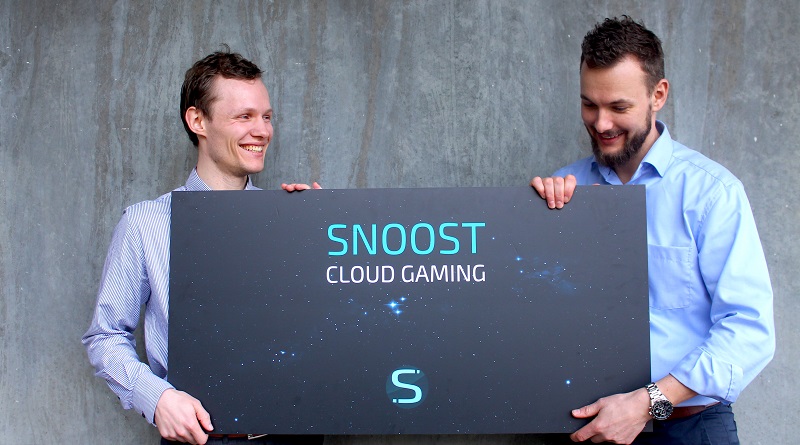 Please introduce yourself and your startup Snoost to our readers!
I am Rune Dalton, co-founder of a cloud gaming company called Snoost, which enables casual gamers to stream high-end PC games directly to their local computer, no matter which operating system and how good their computer is. It works by setting up some powerful cloud gaming servers around the world, which our users then get access to remotely, to allow them to install and play any game they like on high graphics. In short, the game will then run on the external servers (which are being powered by the largest cloud infrastructure provider in the world, Amazon AWS), and being streamed at minimal latency to your own device.

How did you get the idea to Snoost?
Gaming has always been a part of my life, and although I’ve never been a “hardcore gamer”, I’ve often found pleasure in relaxing to a great adventure in a PC game. But since I have only invested a modest amount of hours in gaming per week, I rarely deemed it worthwhile to put aside money for a plus thousand pound gaming computer, and thus ended up having to cope with low graphics or not playing the game at all. That is, until I decided to try to setup my own rented gaming rig remotely, and try to develop the necessary components to stream the game from an external server to my own computer.

My partner and I quickly found out that it was immensely difficult to do, especially due to the latency factor (since gaming requires both input and output, which makes it stand apart from simply streaming music or video), but we were also relieved to conclude that it was possible… which led us to immediately begin working on at. A year and a half later, we were able to launch Snoost. The irony of it all is, however, that I now work so much on our product that I don’t have any time to play computer games, aside from the testing we do in accordance with the development of the product.

How difficult was the start and what challenges you had to overcome?
First of all, we had no idea how to develop what we wanted. We just knew that we wanted it, because we believed that a cloud gaming service would be extremely useful for the many gamers out there who felt they missed out on the opportunity to play modern games on decent graphics. We had an idea that it was possible, based on then-current technologies, and just set our minds to figuring out how to combine the required components to make game streaming a user-friendly reality. So during the development, we ran into just as many issues and challenges as we would have expected – which was a lot!

In the end though, it all worked out and we were pleased to see how much good energy there was around our product once we finally launched. Of course, no launch goes without its issues, and we immediately got even more busy adjusting to all the amazing feedback we received from the community.

Who is your target audience?
Pretty much anyone who would love to play a certain PC game, but don’t have a computer that can run the game satisfyingly. The latency really isn’t a big issue for most users in Europe and the U.S., so as long as you aren’t playing on a highly competitive level, cloud gaming on Snoost would most certainly be worth a try – especially if you are into critically acclaimed games like Fallout 4, The Witcher 3, Star Citizen etc. and just haven’t yet had the chance to enjoy these games on high graphics.

What is the USP of your startup?
We are the first cloud gaming company to offer an unlimited amount of hours of gaming, and then at a price that everyone can afford, starting from no more than a regular Netflix subscription. Also, it does not matter which plan you prefer, you will still get access to our top tier hardware, and only the resolution and network bitrate are affected by changing from one plan quality to another. This ensures, that even if you start on the entry plan, you can still install and play the newest games smoothly and without any lag (depending on your proximity to the cloud gaming server of course), just at a lower resolution.

The platform is also available on all major operating systems (MacOS, Linux, ChromeOS and Windows), so it is not limited to a specific OS – which is rather convenient for e.g. Mac and Linux users who will be able to play Windows-only games.

Can you describe a typical workday of you?
Our office is located in the center of Aarhus (Denmark), so every day starts there, by going through all of our users’ engagements, such as e-mails, forum posts etc. We are working with people from all over the world, so due to the timezone differences, there’s always been some sort of activity from colleagues during the night. Our main focus dwells on developing and perfecting the product, as we feel we owe it to the users to keep striving to provide the best cloud gaming experience possible.

Where do you see yourself and your startup Snoost in five years?
Our ultimate goal is to become the number one preferred cloud gaming service out there. Really, there is not much else to it. As I mentioned earlier, our first task of the day at the office, is to look at user interaction and feedback we have received the previous day/night, and then immediately set our minds to implementing that feedback in our development roadmap, to end up with the best possible cloud gaming product.

What 3 tips would you give other Start-up founders on the way?
1) If you have a product which is functional and ready, don’t wait launching it. The earlier you can launch your service or product, the earlier you can begin receiving invaluable feedback from your target group, and thus giving you a supreme insight into what your future customers want and hope to get. By “waiting to launch until the product is perfect”, you risk falling into the trap of developing features which never had a real demand, or simply giving your competitors the opportunity to become first-movers or get ahead in other ways. Launch!

2) Stay small. Don’t rush into hiring, or spending tons of money on ads etc. Live the startup life, until you have figured out what works, both marketing-wise but also in terms of product research and customer acquisition (which you likely won’t know in the beginning, since you have very limited data).

3) Don’t focus too much on the competition. Of course it’s always a good idea to pay attention to the market, and learn from lessons that other companies’ actions may teach you, but doing your own research and trusting the input from your own users will always give better indications of how your own company’s story needs to develop, and which actions you should take yourself. By doing so, and not paying too much attention to your competition, you also won’t lose focus of making your product the greatest and actually innovating instead of risking copying other companies’ ideas too much.

Thank you Rune Dalton for the Interview

Three Dragons’ Den stars battle it out on Crowdcube

MIWA – packaging-free shopping experience for everyone

2 thoughts on “If you have a product which is functional and ready, don’t wait launching it”

A call to action from Lilienthal Berlin

Financing Your Startup Through Investment

Be persistent, find the right partners and learn from experts

The culture code of organisational agility

7 Ways How Social Media Can Influence Your Startup Success