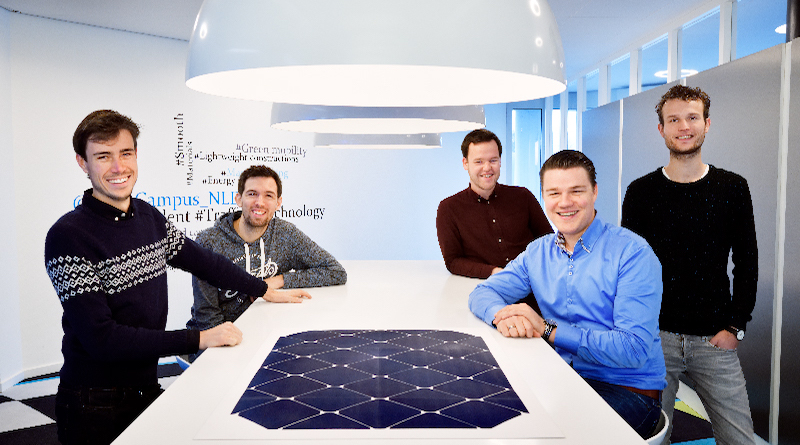 Lightyear develop an electric car that charges itself with sunlight

Please introduce yourself and your startup Lightyear to our readers!
My name is Martijn Lammers, 28 years old and one of the five founders of Lightyear. At Lightyear we are developing an electric car that charges itself with sunlight. We started Lightyear in 2016 and are based in Helmond, the Netherlands (that is close to Eindhoven).

How did you get the idea to Lightyear?
Lex, one of our co-founders and a friend a student team that built Stella, the first solar-powered family car when he was still at university. I joined that team together with the other co-founders and we raced Stella and her successor Stella Lux in the World Solar Challenge in Australia and became the world champion in our class both times. When we noticed that a lot of people were asking us about whether they could buy a car like Stella we decided to find out if we could make a consumer car.

How difficult was the start and what challenges you had to overcome?
I think the start is difficult for any company. We were looking for the best way to get traction in all aspects of our business, from funding to building a great team and sales. When we started to get stuff going we really experienced a snowball effect and everything went up a couple of gears.

Who is your target audience?
The target audience for our first car, the Lightyear One, are adventurous. Not only because they will be the first people that will be able to own and drive a solar car. But also because it will be the first electric car that can truly take you anywhere because they are not dependent on electric infrastructure (and the car will be four-wheel-drive)

Can you describe a typical workday of you?
I like to start to work early to get stuff done first. Later on, my days are often filled with meetings and travelling to meetings.

Where do you see yourself and your startup Lightyear in five years?
In five years, I hope we are well underway developing our second car. Personally, I hope to be involved in finding the right market for that car and the financing of

What 3 tips would you give other Start-up founders on the way?
Keep in mind that every company is unique and there is no one that can tell you exactly what to do to succeed, you probably know best in the end so listen selectively.
Persistence is key, keep testing, keep failing, keep iterating and keep in mind that eventually, you will get there.
Just do it.

Thank you Martijn Lammers for the Interview

Success rarely comes quickly, and if you want “to be rich fast”

Just do something and get started!

Never give up, but make a realistic part-time or flexible supplemental income plan

What doesn’t kill you makes you stronger

Prepare for the worst, surprise for good

The most valuable currency is emotional intelligence and strength

Be patient and dream big

The long-awaited Chronograph Black Orange from Lilienthal Berlin is here!