Be 100% flexible, no business plan survives first contact with the market 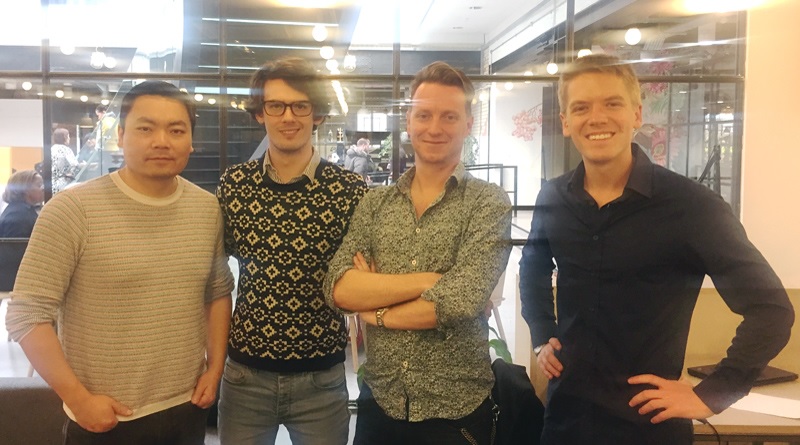 Please introduce yourself and your Startup Digital Fineprint to our readers!
Hi, I am Erik Abrahamsson, a Swedish entrepreneur, who previously worked at Twitter in Singapore. My team and I started Digital Fineprint during our graduate studies at Oxford University, with the idea of using social media data to improve the process of online purchasing in the insurance industry. Today we work with Allianz, Hiscox and four other major insurers to help people find the right insurance policy.

How did you get the idea to Digital Fineprint?
While working at Twitter, I saw that many industries were being changed as social media became more widespread. The travel industry, fashion and even banking are only a few examples of this development. The German startup Kreditech for example uses social media for credit scoring. But insurance was completely untouched, so I saw an opportunity to change the industry.

How difficult was the start and what challenges you had to overcome?
We started in February 2016 and won the prize for best startup idea in the UK. This led to a promise of angel investment already by May. But in June, the UK voted for Brexit, which meant that our investors turned around and didn’t invest. So in July I had to rebuild the company from ground up. Eventually I found new amazing investors in Eos Venture Partners, Shailesh Rao (my manager at Twitter) and Carl Bauer (German VP at JP Morgan).

Who is your target audience?
We work B2B, so our main target audience is major insurance groups. The end user is anyone who tries to find out which insurance policy to buy and who wants a simple, one-click solution for their needs. Especially underinsured millennials are an important audience for us, as they are at risk in case they are miss-sold or underinsured by traditional insurers.

What is the USP of your startup?
Our patent pending technology makes it possible to analyze all of your insurance needs in one click, using the power of social media. Instead of spending hours online trying to find out which insurance policy to buy, we let users “Autofill with Facebook” or “Autofill with LinkedIn” to get the right policy.

Can you describe a typical workday of you?
Haha, no day is similar – there are so many things happening! This week for example I spent one day speaking at a conference, then at 2 am the same night I led a webinar for a Chinese insurer, then interviewed new developers the next morning and launched a pilot with a UK insurer. Later in the day, two investors called to catch up and congratulated on our recent win. In the afternoon we went to look at our new office and finally had an afterwork event with the meetup group InsurTech London. It is often intense, but with so much fun and excitement that I never feel tired.

Where do you see yourself and your startup Digital Fineprint in five years?
Wow, it’s hard to plan five weeks ahead, not to mention five years! We are building the industry standard for using social media in the insurance industry, and in five years this will be widespread both in Europe and in Asia. We will be working with all of the major insurers and will have spread from the home, life and travel insurance products we work with now to a broader scope. But most of all, I hope that the same outstanding team that I’m working with now are still around, because they mean the most!

What 3 tips would you give other Start-up founders on the way?
1. Be 100% flexible, no business plan survives first contact with the market.
2. People, people, people, get the right team onboard from the start and only hire A-players.
3. Talk to EVERYONE about your ideas, you will need the input from at least 200 people in order to validate and make it successful.

Thank you Erik Abrahamsson for the Interview