The idea is 1% of the job, work hard to make it real 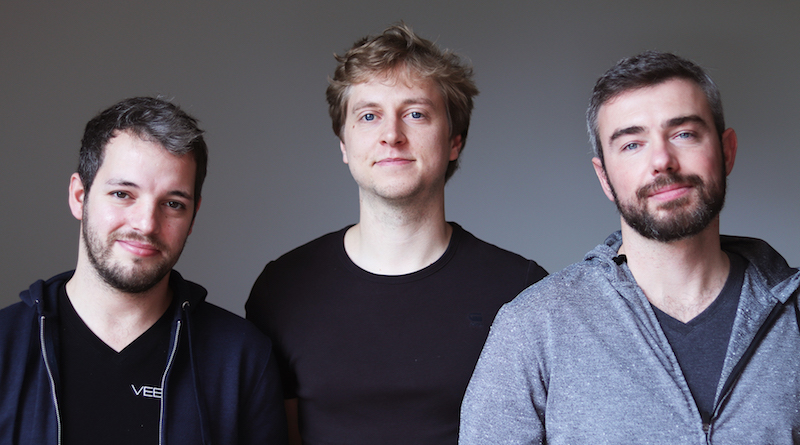 How did you get the idea to DICEES?
The idea, initially, was born from a meeting, which was not random. When Robin Murgia, a Luxembourgian designer, decides to move to Belgium, he naturally landed at François Royen’s design office, CEO of iol Strategic Design in Liège. The two became very good friends and like all friends with common passions, they exchanged, challenged each other. François is not a real game aficionado, unlike Robin, who loves them. The conversation gravitated around dice game, and those two creators imagined it in the 21 century. “We wanted to bring the dice game into the technology’s world, or rather bring the technology to the dice world!

Since the beginning we were excited” explains François. In one night, specifications and functionalities of the dice game were elaborated : play any game, with the same device, endlessly customizable. A device, which can help you count your points, follow the game, detect a cheat… All in one dice. They just needed the help of a specialist in technology who could conceive the electronic part. That’s where Jérémie Bours joined the adventure, Robin’s friend, passionate by hardware development. The three creators became friends very quickly, making an efficient and cohesive team !

He directly joined the project with the same excitement, and that’s when the project really began.

How difficult was the start and what challenges you had to overcome?
Thousands of working hours ! All that needed to be done is to make that concept real. This “makers” team composed of two designers and an electronics developer went quickly to work. Skills and long working hours transformed their dreams into a magical reality. “All had to be hosted in a very limited space : LEDs, battery, Bluetooth. It took thousand hours, prototyping, tests/mistakes, to arrive to a viable solution”.

When the first prototype went to live, we had the opportunity to produce videos, pictures, …

The major difficulty then was to publish the story, to spread the word , to tell peoples that DICEES is the new revolution in dice game. Medias are difficult to reach and it is often expensive to be published in well known social media pages.

Who is your target audience?
Our client are techie fans, role play gamer , gadget lovers and young adults who play board games.

What is the USP of your startup?
We propose the first and unique smart dice that display pictures on its faces, this bring back randomness in the player hands.

There are thousand of board game apps, we propose the device that come together with theses apps.

Can you describe a typical workday of you?
The three of us work after day on the project, we are currently working on the marketing, taking pictures, photoshop it and sending e-mails to local and international press. We are launching a Kickstarter campaign , we are really excited to tell peoples that the product is awesome.

Where do you see yourself and your startup DICEES in five years?
We target direct selling throught internet but also being distributed through large gaming store chain, in few years we want to be the standard and best smart dice on the market, internationally.

What 3 tips would you give other Start-up founders on the way?
Challenge your idea by talking with other people, they wont steal it
The idea is 1% of the job, work hard to make it real
If you idea is a product, make a proof of concept , the minimal viable product before loosing time in development

Here you will find more informations

Thank you for the Interview