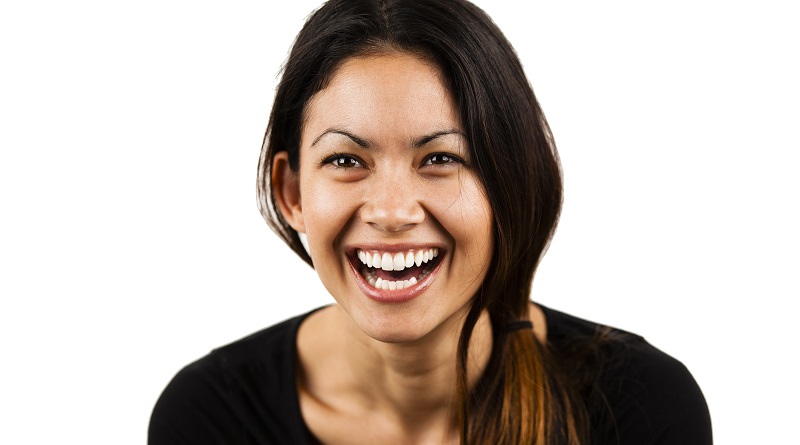 Please describe Canva briefly to our readers.
Canva is an online platform that makes graphic design accessible to everyone. The web and iPad app makes designing everything from business cards to social media graphics to brochures easy by offering thousands of customisable professionally designed layouts, an easy drag and drop functionality and more than a million high quality stock images.

Why did you decide to start a business
I came up with the idea for Canva when I was studying at university. I was tutoring other students in how to use the existing design software suite, but noticed it took a long time for students to feel remotely confident, even when designing something simple. I realised the future of design was going to be simpler, online and collaborative and that’s when the idea of Canva occurred to me.
My boyfriend Cliff and I became business partners and we launched our first business together to test the idea when I was 19. Fusion Books is a software platform that students use to design their school yearbooks. We started niche to prove our new approach to design was possible and needed. After it kept growing for a few years we decided we were ready to broaden it out and tackle the whole design space, and launched Canva.

What was the biggest challenge in starting your business?
There is always a lot of rejection for entrepreneurs in their early days. We heard hundreds of “Nos” from investors and potential teammates. But every time we got a hard question or a reason why people wouldn’t invest, we’d revise our pitch deck and look at our business plans again. – I revised our pitch deck more than 100 times in one year, until we started to get more “yes” answers. You just have to keep going.

Was there ever a point where you thought I can not do that?
No, I just never gave up. I learned early on in life is that one of the most important traits is sheer determination. The normal thing to do after your 100th, 80th or even 20th ‘no’ would be to stop, but you just have to persevere.

How does your company has developed since it was founded?
Canva has grown a lot since it was founded. We now have more than 10 million users spread across 179 countries and three designs are created every second.
Also the team has grown to more than 100 people across Sydney, Australia and Manila in the Philippines. As the company has grown, the way we work has changed also. Late in 2015, when there was about 70 of us, we realised that if we wanted to keep moving as fast as possible we would need to change the structure of the company. We split into ‘mini-startups’ – small empowered teams who each have their own goals and strategies. The whole team celebrates when a small team reaches their goal, so we stay connected while still working as well as possible.

In which countries will expand now?
Canva is used in more than 170 countries, and will continue to grow in all of them. As we translate the app into more and more languages, we expect that growth to increase because Canva has always grown by word of mouth. Having the app available in people’s own languages makes it much easier to share with your friends and colleagues.

What does a typical day of yours?
One of the things I love about my job is there are no typical days. I spend a lot of time with the team on everything from how we work together, which projects we’ll work on next and designing new products with our UI and UX team.

Who is the target group of Canva?
Canva is designed so that absolutely everyone can use it from schools to non-profits to big businesses. It’s been especially popular among online and social media marketers, as well as startup companies.

What devices the app is available?
Canva is available as a web app and an iPad app at the moment.

How is the current feedback and how many users do you have?
More than 10 million people have signed up for Canva in our first three years and the current feedback is incredibly positive. We listen closely to user feedback as we keep developing our features and love seeing people share their designs on social media.

Where do you see yourself in the next 5 years?
Still at Canva! From the outside it looks as though Canva is well developed, but we’ve only done 1% of what we have planned. So the next five years will be working towards all of these big goals we have, as well as building the team and the company to continue to thrive as we grow.

What 3 tips would you give aspiring founders on the way?
My first tip is to solve a real problem faced by many people – that way when you launch your product, there are already millions of people searching for what you can offer.

The second is to just get started. If I had known everything we need to know now to grow Canva today I probably wouldn’t have got started.

And the third is I don’t believe you can ask your users or customers what you should build. If I had asked the students I was teaching design at uni to what they wanted, they would have asked for incremental improvements to the design software they were using and people who had no design experience certainly wouldn’t have even known that they would have the ability to design. However, it was the particular insight I gained from watching people who knew nothing about design, trying to use the design tools that became the foundation for Canva. It became clear that they were complex and tedious and beyond most people’s expertise. But being able to use the tools myself I knew the capabilities of using design tools to communicate and it became apparent that in the future that everyone would have these same capabilities and they would be a lot easier to use. So, when finding the initial problem we wanted to solve – it was important to have a deep understanding of the problem.

There’s a great quote from startup investor and advisor, Paul Graham, that says “the very best startup ideas tend to have three things in common: they’re something the founders themselves want, that they themselves can build, and that few others realize are worth doing.” Other than that, don’t be afraid to get started. Dive in and start: you’ll learn a lot along the way!

Thank you Melanie Perkins for the Interview