Work on something you know 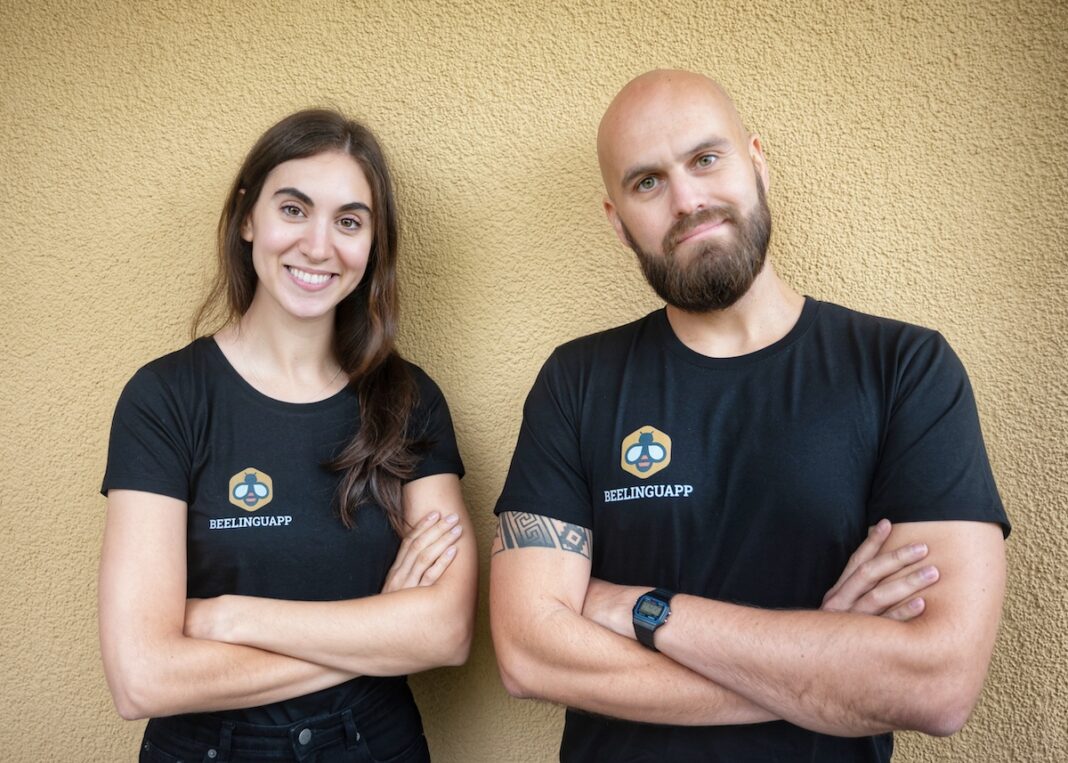 The Five Pillars of Solid Startups

Briefly introduce yourself and the startup Beelinguapp to our readers!

I am David Montiel, from Mexico. And I was a programmer for many years, but now I am the CEO of Beelinguapp. I used to be an English Teacher back in Mexico. As a programmer, I worked in Satyam, GE, Google, Linkedin, XING, and eBay in 4 different countries, Mexico, India, USA, and Germany.

Why did you decide to start a company?

I didn’t really decide to start a company, I would say that the circumstances brought me here. While I was working at eBay, I liked walking through the woods on the way to the office, and I listened to audiobooks while I did, especially in German, to practice my German.  In one of those walks, I had the idea to create an app where I could see the same text I was listening to, but in Spanish, because I was too lazy to use my dictionary app every time I heard a word I didn’t understand.

After sharing the idea with my coworker and other ex-pat friends, I started getting excited about it because everyone loved it. I started programming the app for Android in my free time, and after a couple of months, I uploaded the first version to the Play Store. I also created a Kickstarter campaign for it, which was very successful. After that, I had to continue working on it. The app got great reviews from the users, who wanted more content, so I continued adding more and more features.

2 years later, I was able to quit my job at eBay because the app was making me more money than my job there.

After that, I traveled around the world and just lived off the money that the app made. I did this for 2 years and I had a lot of fun, but later I realized that I was wasting an opportunity. The product had too much potential and it deserved to have a company around it. I decided to come back to Berlin and joined the Techstars accelerator program, in 2020, and after that, I was able to raise money and build a team.

What is the vision behind Beelinguapp?

We want people to come to the app to learn languages by listening to audiobooks, but we want them to stay in the app because it’s fun and entertaining. We want to be the place where language learners come to consume their content, books, news, music.

From the idea to the start, what have been the biggest challenges so far and how have you financed yourself?

I think the part that took the most time was just learning to be an entrepreneur and everything it involved. I had to figure out how to get the initial traction of the product, and how to measure whether or not the direction I was taking was right. In many ways, I am still learning, we are still figuring out how to create an even stickier product and we listen to our users all the time to get more and better ideas.

On the first days, it was a lot of work to have both an android and iphone version working correctly and being responsible for both of them. As for financing, before this round of investment the app was self-financed, it was a profitable product with only one employee, which is why I was able to just travel and live from that money.

Who is Beelinguapp’s target group?

At the moment the people who love the app the most are people who already have a bit of knowledge of a language and want to improve on it by listening to stories. People who lived a month in another country, for example, or others who have studied for a while and then quit.

How does Beelinguapp work? What are the advantages? What makes you different from other providers?

Beelinguapp is a language learning app that has a very unique method of teaching. You select a text from our catalog of stories, novels, news or songs and start reading in 2 languages side by side, your target language and your native language. At the same time, it is an audiobook, there is a human voice narrating the text to you, with a synchronized karaoke animation over the text.

Beelinguapp, where are you going? Where do you see yourself in five years?

I really believe Beelinguapp has the potential to disrupt the language learning market. In 5 years people will be reading Harry Potter and listening to Despacito from Beelinguapp, and they will be learning languages while they consume that content.

Finally: What 3 tips would you give budding founders on their way?

– Work on something you know

I was able to build this because I used to be an English teacher, I speak 3 languages, I am a programmer and a consumer of audiobooks.

– Work on something you love

When things get hard or complicated, and you lose all other reasons to go on, your only motivation to keep working on your project will be that you love it.

In a world with so much competition, where everyone wants to be the best, if we all have similar talents,the ones who stand out are the ones who work the hardest.

Thank you David Montiel for the Interview

Stay true to your vision and product roadmap

The Five Pillars of Solid Startups

Stay true to your vision and product roadmap