Overtaking lane for startup technologies around the world

5 Tips To Build Trust to Your Business

The focus should always be on the way

STARTUP AUTOBAHN has completed its fifth round in Stuttgart.

Today the fifth EXPO Day by STARTUP AUTOBAHN took place in the “Wagenhallen” in Stuttgart, with the attendance of Baden-Württemberg’s Minister President Winfried Kretschmann. After a brief plenary introduction, the more than 1000 guests divided into three sessions covering the topic areas of Mobility, Production and Corporate Processes. This is where more than 30 participating startup companies presented more than 50 projects which they had conducted during the programme with Daimler and the other STARTUP AUTOBAHN industrial partners.

“The STARTUP AUTOBAHN is a success story of which we as the initiator are very proud, as it brings expertise together and truly accelerates innovation,” says a gratified Ralf Lamberti, Head of Intellectual Property, Trends & Innovation at Daimler AG. “Since we initiated the platform in 2016, we have been repeatedly impressed with the innovative problem-solving approaches and new technologies of the startups. And more importantly still, several business units have already been able to bring startup solutions to production maturity.”

One example is the address system by the British startup what3words.

what3words has divided the entire world into 57 billion squares measuring three metres by three metres, and has allocated each of these squares a unique three-word address – including places where there are no regular street addresses. This means that every one of these locations is unambiguously identified and easy to memorise. The system came to the STARTUP AUTOBAHN in 2017, and since 2018 it has been usable in Mercedes-Benz models with the multimedia system MBUX, where a destination can be entered into the navigation system by voice control with just three words. Another example is the Mercedes-Benz parking card developed together with Evopark, which can be ordered via the Mercedes me Portal. The Mercedes-Benz parking card makes it possible to park and pay in selected multi-storey carparks without drawing a ticket – simply drive in and out without long waiting times.

THE NEXT GREEN THING – more sustainability on the STARTUP AUTOBAHN

Sustainability is a field in which numerous startups are active, and in which Daimler has set itself numerous strategic goals. This is where Daimler wants to use the potential of the STARTUP AUTOBAHN for the future.

Ralf Lamberti: “From 2019, with the motto ‘THE NEXT GREEN THING’, Daimler plans to start specific joint projects focussing on sustainability with a number of startups. Naturally sustainability is already an important aspect in many projects, but it is now set to become a structural pillar in the STARTUP AUTOBAHN programme. We are specifically looking for startups that match our focus topics such as climate protection, conservation of resources, quality of urban living or new working environments.”

Started in Stuttgart, now a worldwide success: the story of the STARTUP AUTOBAHN

The Startup Autobahn began as a 2016 initiative by Daimler AG seeking an innovative connection between the world of startups and the world of large, established corporations in industrial sectors such as the car industry. Daimler founded the innovation platform together with the startup accelerator Plug and Play, the University of Stuttgart and the research hothouse ARENA2036.

The first location was Stuttgart, with the aim of developing this highly industrialised region into an even more concentrated centre for innovation and inventive spirit. The STARTUP AUTOBAHN in Stuttgart has now grown to more than 20 partners in a wide range of industrial sectors, e.g. chemicals, electronics or logistics. During its very first year, the STARTUP AUTOBAHN in this location developed into the largest European innovation platform for mobility startups.

However, startups are founded all over the world, usually at hotspots with sometimes very specialised local strengths and areas of focus. Accordingly Daimler started further programmes in Singapore (2016), Peking (2017) and Bangalore (2018), in each case involving local Daimler locations. Additional startup challenges took place at the Daimler plants in East London (South Africa) and Tuscaloosa (USA) in 2018, focussing on digitisation aspects in production and logistics.

During the time since the STARTUP AUTOBAHN was founded, Daimler has scouted well over 5000 startups via the platform. Since then, more than 100 startups have carried out 150 pilot projects in areas such as IT and artificial intelligence, production or smart materials. Thousands of Daimler employees from different specialist departments visited, accompanied and coached startup companies to familiarise them with the requirements and working procedures of a major corporation and potential customer. In return they not only obtained insights into innovative business models and technologies, but also experienced the often refreshing and exciting working approach of the startup scene – a spirit which they brought back to their own company.

5 Reasons To Use Virtual Team-Building Games for Remote Workers 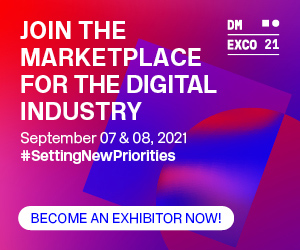 5 Tips To Build Trust to Your Business

The focus should always be on the way