From the suspicious driver to the tech-savvy passenger: in the representative online study “The Pulse of Autonomous Driving,” Audi has produced a user typology of autonomous driving. In the context of the initiative “&Audi,” the mobility company Audi in cooperation with the market research institute Ipsos interviewed 21,000 people in nine countries¹ on three continents. It shows that young, high-earning and well-educated “status-oriented trendsetters” and “tech-savvy passengers” most look forward to autonomous driving. Amongst “suspicious drivers,” who tend to be older with a lower level of income and education, skepticism is dominant. The “safety-oriented reluctant” would use autonomous driving only when others have gained experience with the technology. The largest user group are the “open-minded co-pilots,” who are fundamentally open to autonomous driving as long as they can take control at any time.

“This study is more than just a welcome addition to our knowledge about the phenomenon of autonomous driving,” says Dr. Luciano Floridi, professor of Philosophy and Ethics of Information and director of the Digital Ethics Lab, University of Oxford, and member of the scientific network of the initiative “&Audi”. “It is a necessary step for any policy- and law-making decision, as well as any R&D and business strategy that intends to be proactive and informed in delivering a better world.” Since 2015, Audi has been examining the social acceptance of autonomous driving. In the study, the initiative investigates how rational arguments, emotions, values and lifestyles shape attitudes to autonomous driving. The result is a triad consisting of an emotional landscape, a human readiness index, and a user typology.

Euphoria amongst the Chinese, young people and high earners

The human readiness index (HRI) provides insights into the way that attitudes to autonomous driving relate to sociodemographics. The results show that the younger the respondents are and the higher their level of education and income, the more positive is their attitude to autonomous driving. Differences are also apparent between the countries that were investigated. The Chinese (HRI +5.1) are euphoric, and South Koreans (HRI +1.2) too are above-average in their positive view of the technology. In Europe the Spanish and Italians lead the field (both HRI +0.7). Germans and French are relatively reserved (both HRI -0.7), as are the Americans, Japanese and British (all HRI -0.9). The HRI combines knowledge of, interest in, emotions about and readiness to use self-driving cars to produce a numerical indicator between -10 and +10.

Attitudes to autonomous driving are related to lifestyle

By examining attitudes to autonomous driving in the context of people’s lives, the user typology shows that significant differences exist. This analysis results in five user types. The “suspicious driver” likes to stick with what already exists and would use autonomous driving only if it had become fully established. “Safety-oriented reluctants,” too, have a largely reserved attitude to autonomous driving. They believe that autonomous cars should first be tested for years before being allowed on the road. The “open-minded co-pilot” sees the benefits of the technology and desires measures from the fields of business, science and politics to put the cars on the road safely. “Status-oriented trendsetters” are enthusiastic about self-driving cars because they can demonstrate their progressive lifestyle in this way. The “tech-savvy passenger” trusts the technology and wants it to be introduced across the board.

“Automated and autonomous driving has the potential to improve our mobility substantially,” says Thomas Müller, head of Automated Driving at Audi: “On the way there, alongside technical development, it is of decisive importance to convince people. The study provides us with differentiated insights about where people stand in relation to autonomous driving and how we can establish suitable expectations about the new technology in society.”

For more information about the study “The Pulse of Autonomous Driving”, please refer to www.audi.com/pulse-of-autonomous-driving.

Admit you don’t know everything, but be aware of your limitations and always willing to learn and adjust 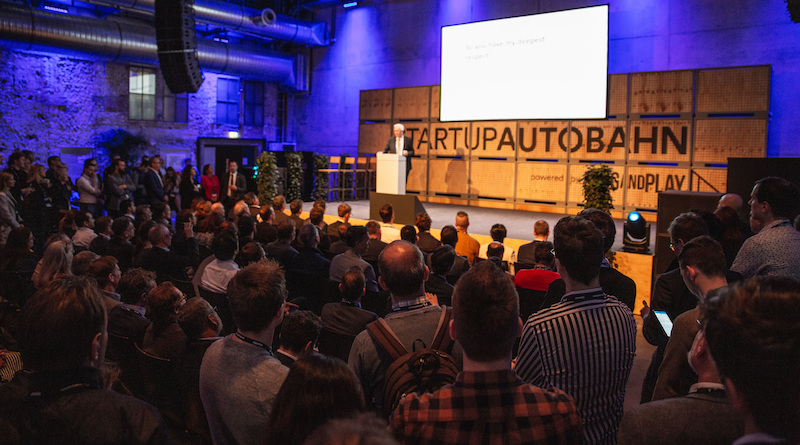 Overtaking lane for startup technologies around the world

Admit you don’t know everything, but be aware of your limitations and always willing to learn and adjust

Be creative about growth and marketing